Each year in France, 37,9 millions of tons of household and similar waste are produced (including households, centers for waste sorting, local shops). According to the Ademe (Agence de l’Environnement et de la Maîtrise de l’Énergie – Environment and Energy Control Agency), 42% of this waste is recycled, either from a material or from an organic point of view. But 26% is still sent to landfill sites (« non-hazardous waste storage centers »), and 32% is incinerated (« household waste incineration plant »).

Zero Waste France works towards reversing this trend, especially by supporting local organizations that are committed to respecting the standards in effect and the regulation or by pointing out alternative plans to the rebuilding of certain factories.

On the French territory, around 230 landfill sites are currently functioning and have welcomed about 18 millions tons of « non-hazardous » waste in 2015 (a little more than a half coming from households). Dumping in landfill sites means burying waste in a big hole of several hectares, which is dug directly in the ground (generally in clay soil), equipped with drainage systems and tarpaulins in order to avoid leaks. This waste treatment is polluting and not sustainable, because it contributes to the artificialisation of soils and makes the recycling of the waste that is dumped impossible. Moreover, landfill sites release polluting effluents such as leachates, percolating waters filled with polluting elements. Finally, even equipped with gas capture systems, landfill sites release methane which contributes to global warming.

What is the applicable regulation ?

The dumping of non-hazardous waste in landfill sites is regulated by a decree (February 15th, 2016), which establishes all the technical rules. Leachate treatment, gas capture, exploitation of landfill cells…All the technical answers are available in this text !

What does the energy transition law say ?

This law (August 17th, 2015) set the goal of dividing by two non-hazardous non-inert waste buried in 2025 compared to 2010 (this goal does not concern the waste produced by the construction industry). The number of landfill sites should thus decrease substantially in the years to come, to reach “only” 10 millions of tons of waste buried a year at the beginning of 2025. The new European directive concerning landfill sites dumping that was passed in 2018 forecasts that 10% of municipal waste should be buried by 2035, which is a more restrictive goal in the long term.

126 incineration plants treat around 14.5 millions of tons of waste a year, mostly the waste produced by local communities and households. Incinerating means burning waste at a high temperature in kilns with an oxygen excess in order to decrease their volume. This treatment is polluting and not sustainable because actually, around 20/25% of the input tonnage goes out as « clinker » (not-burned, noncombustible, ashes…) and 3% as fumes purification residues (RPIFHW – Residues from the Purification of Incineration Fumes from Household Waste).

Indeed, incineration is controlled by rules, but it releases polluting materials in the air and aqueous emissions depending on the treatment of fumes. The emissions are regulated of course, which means that limits are set, but there is no « zero threshold » so pollution is not avoided. Significant investments in these incineration plants (several dozens to several hundreds of millions of euros), their need to work 24 hours a day all year long, excluding maintenance, as well as the tendency to oversize them, seriously hinder the local attempts aiming at reducing and recycling waste. To divert the attention from these facts, incineration plants are opportunely renamed « energy recovery sites » when they produce heat and/or electricity.

What is the applicable regulation ?

The incineration of non-hazardous waste is ruled by a decree (September 20th, 2002) setting all the technical rules. Fumes treatment, pollution limits, combustion temperatures, aqueous emissions… (almost) all the technical answers are in this text !

What does the energy transition law say ?

The August 17th, 2015 law is quite silent about waste incineration. Without explicitly encouraging it, no reduction goal has been set. It only says we should « ensure the energetic valorisation of waste that cannot be recycled in the current state of available techniques ». Actually, incineration benefits from numerous regulatory and fiscal helping hands (reduced VAT under certain conditions, supporting the electricity production, reducing the tax on polluting activities, 50% of the energy considered as “sustainable”, etc…). However, faced with the tendency of waste reduction, the Ademe considers that building new incineration plants on French territory is not necessary.

Mechanical biological treatment is an industrial technique aiming at sorting the different types of waste that are contained in the « black bins » (unsorted residual household waste). About 50 plants have thus been built in France since the 2000s. At the beginning, they aimed at producing compost with the organic fraction of waste, and extracting the recyclable fractions (plastic, metal, paper…). These plants soon turned out to be inefficient despite their high cost (several dozens of millions of euros), due to the difficulties of producing good-quality compost and sorting out recyclable waste, the enormous production of waste that needs to be buried or incinerated… These plants, which, in the end, allow above all to stabilize waste before dumping it in order to reduce pollutants, have been considered « non pertinent » by the August 17th, 2015 energy transition law. Since this law, several court rulings have confirmed that this means building more plants of this kind is forbidden, as long as no separated collection of bio-waste is organized on a given territory. 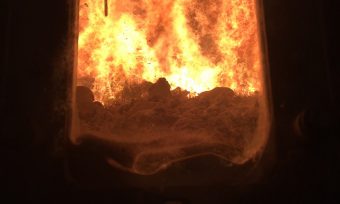 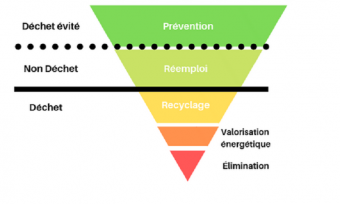 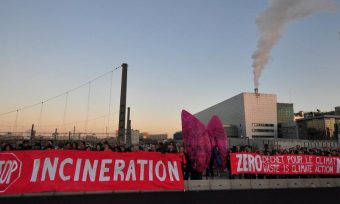